In today’s environment, having a strong immune system is more important than it ever has been before. But, unfortunately, new research shows that eating foods that have been heavily processed is confusing to the immune system and is causing an increase in autoimmune conditions across the globe. 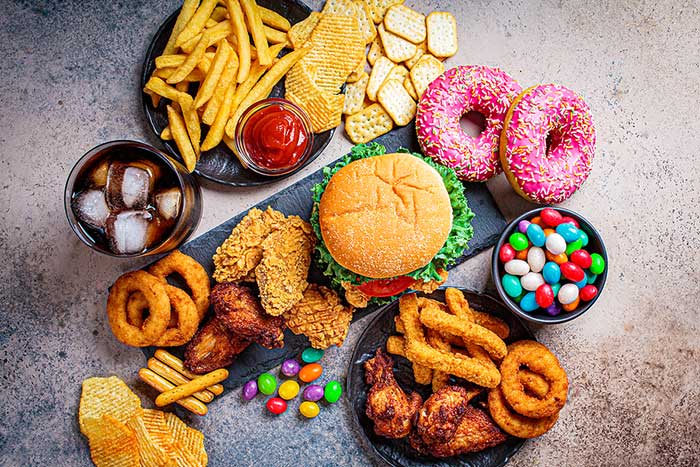 Research has been conducted at London’s Francis Crick Institute to show the correlation between fast food diets and how the immune system responds to them. The researchers believe that autoimmune conditions arise when the immune system cannot tell the difference between virus-like organisms and healthy cells.

The unhealthy foods found in fast food diets lack vital ingredients like fiber, and a lack of fiber can negatively affect the microbiota in the gut. These microorganisms help control many bodily functions and put a person at risk of developing autoimmune diseases such as rheumatoid arthritis, multiple sclerosis, inflammatory bowel disease, type I diabetes, and others.

Over the last few decades, there has been a significant rise in the number of cases of autoimmune conditions across the world. Since human genetics hasn’t been altered during these years, there must be some changes in the environment that lead to a rise in these diseases. One of the major trends spotted is an increase in the western-style diets that have been recently adopted in many countries, including those in Asia and the Middle East.

The changes in the microbiome can trigger these autoimmune responses and make a person more susceptible to them. The team at the Francis Crick Institute has set up study groups and used different techniques that can pinpoint even small DNA changes in large study groups. As a result, the researchers can identify the genetic patterns commonly seen in those suffering from autoimmune conditions.

The researchers are using big data to sequence DNA on a large scale. Once the DNA has been sequenced, they can study any emerging trends and patterns.

There are no available cures for autoimmune conditions so accumulating more data is vital. In addition, autoimmune diseases often target young people just starting with their first jobs, having families, or completing their education.

Fermented foods are also being studied now in different research projects since they can positively affect the microbiome in a person’s gut. For example, both kombucha and jun tea are fermented liquids that contain antibacterial properties and antioxidants that can help strengthen the immune system. These teas may also help replenish the body’s microbiome by attacking the bad bacteria in the digestive tract and replacing it with good bacteria that the body desperately needs.

Kombucha can be purchased in stores or be made at home. It’s a lot less expensive to make a homemade kombucha than it is to buy it in a café or at a grocery store. Many people are choosing to brew their fermented tea using a kombucha recipe that can be found here.

How To Choose The Ideal Name For Your Brand: 8 Things To Consider < Previous
Why You Should Hire an Attorney for Divorce Next >
Social Connection
Latest News