Gaming has become an intense passion for young and mature smartphone users these days. There will always be some fancy eye-catching smartphones in the market. But if you are a passionate gamer and your sole intention is to play games, you should wisely pick up the phones that are dedicated to the ultimate gaming experience. 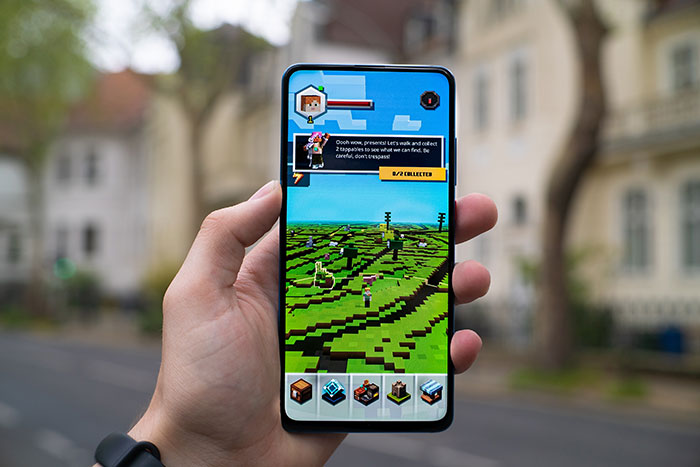 You should consider some vital elements for choosing the right gaming phone:

Considering these above factors, here’s my top pick for you:

When it comes to gaming phone review, Asus ROG Phone 2 will always top the list. The beastly appearance and the RGB lights at the back will make you realize, at first glance, that it’s a top-notch gaming phone.

This beast comes with a large display of 6.59″ AMOLED screen. Asus has packed this device with the snapdragon 855+ chipset, 12 GB of ram and octa-core CPU. The powerful CPU assures you to play every high-end game in the market. It has a massive battery power of 6000mah so that you never run out of power during the intense gaming moments. The large internal memory of 256GB/512GB enables you to pack the phone with all the high-end games you can think of. The 120hz refresh rate gives you a smooth gaming experience.

The most striking feature of this phone is the air triggers, which are dedicated buttons for fine gaming controls. You can switch the phone from pure android skin to solely dedicated gaming mode. In this mode, the phone combines its power and CPU usage on the game only. Additionally, most of the irritating notifications are turned off. Moreover, it has a clip-on fan for more efficient cooling. The extra type c charging port at the side will ensure that you can grip the phone at ease while you play and charge the phone at the same time. This phone comes with a whole lot of extra gadgets which will take your gaming experience to a whole new level. Besides the phone is google stadia compatible.

The only downside I find with this phone is that it’s a heavy phone of 240g. But given the specs and cool hardware, it’s expected.

ZTE company has joined the competition in the gaming phone category with its Nubia red magic 3 phone. This phone aims to stand out among the other counterparts by offering pretty high-end specs at a more affordable price. It comes with the rugged design aesthetics of the gaming phone and LED strip at the back. So the phone looks pretty cool. Its gigantic display of 6.65 inches and resolution of 1080×2340 pixels comes handy for the hardcore gamers. The combination of Snapdragon 855+ chipset, 12GB RAM,90hz refresh rate, and the large battery life of 5000mAH will give you the smooth and hassle-free gaming moments no doubt. The camera is pretty good but nothing special in it.

Why should you buy this is always a good question for all gaming phones. Its design aesthetic and price range is its biggest asset. The blessing of front-facing loudspeakers allows you to indulge in the essence of real gaming experience. Moreover, it has a dedicated gaming port in the sim tray that gives you the choice of connecting the phone to a gaming dock. This dock lets you hook up your phone to a P.C for streaming to Twitch and other popular streaming sites. Besides, the combination of air and liquid cooling achieve better cooling capability for the phone.

The only setback I find here is the absence of a dual-camera at the rear. Most phones nowadays offer depth precision imaging with their camera.

Well, Xiaomi has already established itself as the champion of budget restrained people. Now it wants to extend this particular goodwill in the gaming arena too. Xiaomi’s Black Shark series gave us some outstanding phones. The latest Black Shark 3 pro, with its high-end features and gaming credential, has emerged as a fierce rival for the other gaming as well as flagship phones. Its rugged design sense with glass front, aluminum back, and aluminum frame give a premium looking finish. It has the largest display in today’s list with a 7.1″ AMOLED screen with a 90hz refresh rate. The resolution of 1440 x 3120 pixels offers a crisp and detailed viewing experience. The power is there too for heavy game usage. The cutting edge Snapdragon 865 helps this phone to outshine others.

Unlike other gaming phones, Black shark 3 pro has given particular attention to its camera too. The rear camera is simply superb with a triple camera combination for depth sensing and ultra-wide bright image. The magnetic power pack that can be plugged at the rear for additional backup is a unique addition. It helps to enjoy gaming worry-free while charging. The physical gaming buttons at the top make your horizontal gaming comfort more pleasing.

iPhone is the biggest name in the smartphone industry. Its latest flagship I phone 11 pro has the most prolific high-end specs in the market. These features make this flagship device not only the best phone for general use, but also adds to its credentials in the gaming platform. iPhone 11’s 6.1inch LCD retina display offers the cutting edge crisp display for the enhanced gaming experience. Apple’s newest A13 Bionic chipset is among the best mobile chipset. It gives you the power to play pretty much any heavy-duty power-consuming game.

Apple’s ios app store is its biggest asset in the gaming platform:

Apple users pay more for games than android users. So it’s quite evident for the developers to release their games in the apple store way before they publish it in android’s play store. Moreover, the developers tend to optimize their games better for ios platforms. That’s the reason iPhone 11 comes in the list of gaming phones, even though it doesn’t have some of the flashy features of other gaming phones.

The battery backup of 3110 mAH is a bummer here. Still, the wireless charging and fast charging make up for this shortcoming.

Samsung’s flagship line ups push the limit of cutting edge technology and user experience further every year. As of such, no wonder its latest flagship Galaxy S 20 emerges as a fine gaming phone. The glass and metal body combined with its elegant and premium design make it a spectacular phone to have in hands. The crisp and vibrant colors from the 6.2-inch Quad HD AMOLED display is worthy of mention. Samsung’s own latest chipset Exynos 990 or the Snapdragon 865 processor gives it the power to play all the high-end games. It has a sizable battery backup of 4000 maH, which is quite adequate for long hours of gameplay. And the 120 Hz refresh rate offers smoother graphics movements in the gameplay. S20 makes a firm statement here. The fancy looking LED backlights, or the gaming-oriented body design is not the most important things you fall for. A regular phone can be a gaming beast if it has all the power configuration inside.

Its infinity ‘O’ edge to edge display will redefine the visuals of gameplay. Google’s gaming platform, Google stadia, is supported on this phone. If it’s not enough, Samsung has its PlayGalaxy Link. This app lets you stream your computer games to your phone. Feels pretty cool, huh? And to spice up things more, it has this dedicated gaming mode that concentrates the CPU’s power for gameplay.

The main aim of this review is to choose a quality gaming phone. So more stress has been given in highlighting the features that define a gaming smartphone.