Japanese pop culture is popular not only in the country, but also worldwide – whether it be anime, mainstream movies, or music. You will find fans who are in “awe” of the work. One of them is Girl Idols. These are also known as Japanese Girl Groups, where all of the members are women. 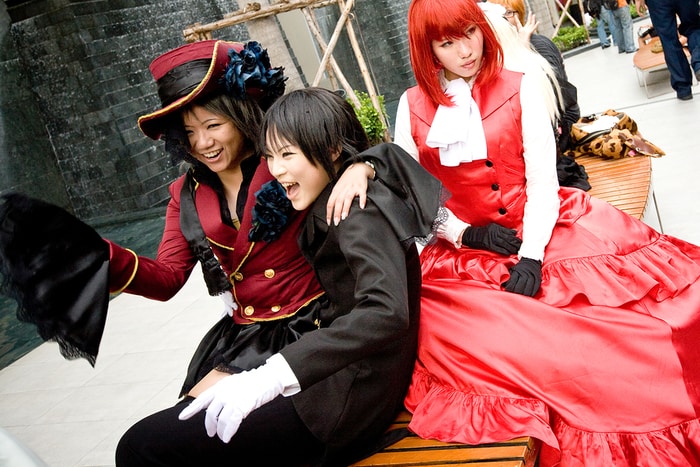 If you haven’t heard of them, then you’ve followed just the right link. In this article, we’ll explore what these idol groups are, how they work, and the best Japanese girl groups so far.

The history of idols can be traced back to as early as the post-war era in the 1970s. The spark got ignited in 1963 when the song of a French film “La plus belle pour aller danser” sold over a million copies in Japan – a first of its kind phenomenon. Sung by Sylvie Vartan, she was adored by the Japanese fans for her youthful looks, charm, and singing ability. The popularity of television too supported the cause of popularity.

Then Japanese talent agencies rode of this wave and recruited “Idols” who were young, youthful, could sing, and could dance. Momoe Yamaguchi, Saori Minami, and Mari Amachi were some of the earliest idols to taste great success.

As years progressed, these idols formed groups and performed in collaboration. Each group consisted of 4-5 members, but few went on to have 30-40 and more members. Individual performers generally saw little to no commercial success, primarily because the audience didn’t adopt the idea of single idols.

How Many Japanese Idol Group Exist?

As per Wikipedia’s database, there are approximately 207 girl groups in J-pop. Some are still in operation while others have disbanded. It’s worth noting that some bands get involved in sister bands where they add or release some of their existing members. So the actual numbers could be far less.

What Are The Most Popular Idol Groups?

There are approximately 207 Japanese idol groups, but one of them seems to be light years ahead in terms of popularity and impact. The group goes by the name of AKB48.

If you’ve heard “Sugar Rush” from Disney’s Wreck-it Ralph, then you already know them.

AKB stands for Akihabara which is a town in Tokyo considered as a hub for J-pop. The numerical 48 represents the company that sponsors them, The Group 48. The company similarly names other idol groups it manages outside of Japan. So when you come across idol groups like SKE48 (Sakae town), TPE48 (Taipei, Taiwan), MNL48 (Manila), you should know that they are managed by the same group.

AKB48 have their own theatre in Akihabara town where idols perform regularly. They pioneered the “Handshake Events” which also attributes to the group’s popularity. In these kinds of events, the girls perform in a smaller stage and fans get to shake hands with their idols which nothing short of a dream-come-true moment for them.

Atsuko Maeda, Yuko Oshima, Mariko Shinoda are some of the most prominent members of AKB48 and there are over 108 divided across 6 teams. Since their formation in 2005, they’ve given multiple hits each year and will continue to do so.

Nokizaka46 is another Japanese idol group which is considered as an official, direct rival to AKB48. Backed by Sony Music Entertainment and Yasushi Akimoto (one of the producers of AKB48), Nokizaka unsurprisingly shares so much with AKB48 in terms of style, concept, and musical taste. Except for that their marketing strategy is TV-first and stage second, unlike AKB48 who thrive on-stage performances. There are 46 members who are more diverse than the members of AKB48. Some critics claim Nakizaka46 is even more popular than AKB48.

Idol groups make a significant contribution to the Japanese entertainment industry. Their business model is fairly straightforward. Managers or agents set up groups and recruit young girls who are either looking to get into the industry or are already in the industry as a beginner.

They are screened stringently for selection and fan voting is also taken into consideration. Then, they create songs and music videos to develop a strong and passionate fan base, mainly young boys and girls.

This leads to commercialization by multiple sources like CD sales, concert ticket sales, merchandising, and online premium content distribution. Each year, AKB48 generates billions of Yen in revenue. In 2012, they sold $226 million worth of DVD/Blu-ray.

The idols also influence movies, TV shows, and comics among other entertainment verticals as well as the Japanese gamble industry. Every time the member changes, there will be new items, TV shows, and even pachinko machines will be switch to new ones. Check out the example of the AKB48 series. So, it is safe to conclude that they have a great influence on the Japanese entertainment economy. When the idols graduate, they go on to form their sister groups, perform independently or venture into other areas, talent management, for example.

The industry is headed for a change given the young fans are now aging, and they need to find a fresh audience to cater to. Moreover, social media is replacing TV. So, monopoly won’t work a few years down the line.