It’s been more than four years since “Pokemon Go” was released for mobile phones, and the whole world went crazy for it. A lot can change in four years, and so it’s easy for us to forget just how big the game became when it was brand new. So many people downloaded it for their smartphones and walked around outdoors playing it that seeing groups of people staring at their screens and trying to catch invisible cartoon characters became commonplace. The concept of personal space disappeared as people barged past you in a desperate attempt to get their hands – or phones – on an ultra-rare character. Businesses found people clustered around their doorways, trying to capture things that nobody else could see. It was a very strange time to be alive. 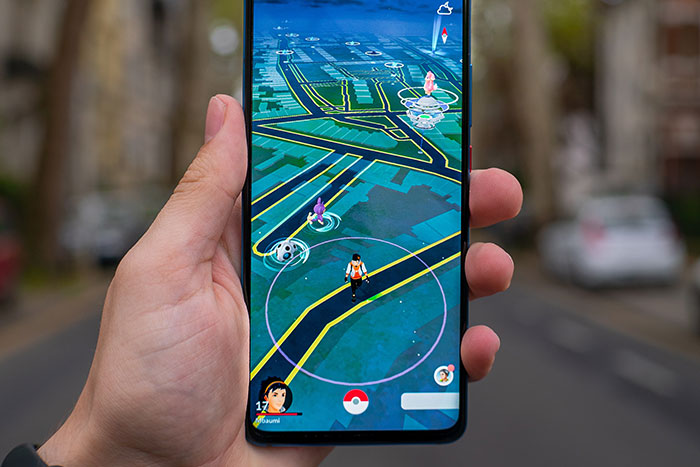 The buzz about the game has died down considerably since then – as is always the case when a game goes viral – and you’re far less likely to see people playing it on a daily basis. Because of that, you might be tempted to think that it’s no longer a going concern for the company that created and released it. Amazingly, you’d be very wrong in that assessment. 2020 has, in fact, turned out to be the best year yet for “Pokemon Go,” as its annual revenue has topped one billion dollars with two months of the year yet to come. Those dedicated “Pokemon Go” players might be a lot less visible than they used to be, but they’re definitely still there, and they’re definitely still playing.

It’s hard to overstate how big an impact “Pokemon Go” has had on the world of augmented reality gaming. Before it was released, nobody in the gaming industry seriously believed that the public was ready for games that blended the virtual world and the physical world together in the way that it does. Now we’re seeing that approach adopted everywhere. There’s now an AR version of “Mario Kart.” We’re even seeing online slots websites starting to adapt their games for an AR environment, including the ability to play virtual poker on a real table. Mobile phones have always been a fertile ground for online slots websites such as KongCasino.com, as their games adapt so easily for the mobile format. If they can go a step further and blend their attractions with the real world, there’s even more reason for people to stick to online slots websites rather than going to real casinos. Should that change happen in the next few years, the slots companies will have “Pokemon Go” to thank.

The long and continued success story of “Pokemon Go” hasn’t always been a happy one. During its hectic first few months of operation, the game was blamed for people not paying attention to their surroundings when crossing roads or walking through public spaces. It was also blamed by some businesses for employees becoming unproductive at work. Some studies have suggested that the game might have cost the US economy two billion dollars in lost productivity during its first six months and might have directly or indirectly led to as many as 286 fatal road traffic accidents. Niantic, the company responsible for “Pokemon Go,” has always disputed those statistics and suggested that there are issues with the way that the figures were calculated. Fortunately, there haven’t been any reported accidents related to the game in more than twelve months.

Adjustments that have been made to the game within the past ten months are probably responsible for its strong performance this year, coupled with the fact that more people are turning to virtual entertainment while they’re stuck at home with nothing else to do. As with most entertainment forms, video gaming has seen a huge upswing in popularity this year as people’s normal forms of entertainment have become unavailable due to the ongoing pandemic. Niantic responded to the global change in circumstances by making the game more playable within the confines of a player’s home. Rather than having to go on long walks to find the next character they need for their collection, players are now more likely to find clusters of them inside their own house or apartment. That change is thought to have brought back players who hadn’t opened the “Pokemon Go” app in years and led to record-breaking profits for the company.

The profitability of “Pokemon Go” has been helped along by the annual “Go Fest” event, which this year was conducted digitally and opened up to every “Pokemon Go” player in the world. That led to several million people paying fifteen dollars each for a ticket and the chance to participate. In return for their money, they received unique, rare creatures and access to new game modes, including ‘remote raiding,’ allowing them to participate in raids in areas far outside their local area. It’s initiatives like this that will continue to keep the game keeping fresh in the months and years to come.

The information that’s led to this enormous reported profit comes from Sensor Tower – a service that monitors mobile spending on apps within the Google Play and Apple App Store. According to those figures, “Pokemon Go” profits are up by thirty percent year on year for the period of January to October and already up eleven percent compared to 2019 as a whole. In total, the game has made more than $4.2bn since the day it was launched and will probably go beyond four and a half billion before the end of December. These are astonishingly high numbers and go some way to explaining why the video game sector as a whole is beginning to treat mobile gaming on an equal basis to gaming on consoles or PCs.

“Pokemon Go” won’t last forever because no video game ever does. Right now, though, it’s as healthy as it’s ever been, and there’s little reason to believe that its fortunes will fall significantly in 2021 – especially with Niantic planning a major event for the game’s fifth anniversary. So long as they’re able to continue making the app work with new generation smartphones and they can continue to come up with new ideas, there’s no reason to believe that the game won’t survive long enough to celebrate its tenth anniversary in 2026. That would be some achievement for a game that many people wrote off as being “too weird to succeed” when it was launched.

The 4 Biggest Secrets to Saving Money When Buying a House < Previous
Walmart Severs Ties with Bossa Nova; Employ Humans Instead of Robots for Inventories Next >