Oculus Rift has been launched in the UK at £549. Touted as a forefront of Virtual Reality, the Facebook-owned company has already launched its Rift headset in the US. The Rift headset competes heavily with HTC’s Vive and Sony’s forthcoming PlayStation VR.

As of writing this, the Oculus Rift is being sold in the UK, Canada, and Europe six months after the launch in the United States. However, the company has to deal with a huge number of backlogs. The main disadvantage of Oculus Rift is that it ships at a premium price and require a high-end PC configuration to work with.

Ordering Oculus Rift in the UK

Oculus Rift is currently available at Curry’s PC World, GAME, John Lewis, Harrods and online on Amazon for £549. You can also visit any one of the retail shops to test drive the Rift before purchase. Anticipating high demand, Amazon UK has put a limit of one headset per customer.

If you think that you can simply use the Oculus Rift headset as usual, then you are wrong. You require a high-powered PC to run games or other software. As of now, Rift cannot be used with Mac computers due to lack of specifications.

Commenting on the development, Oculus founder Palmer Luckey disclosed that the company will provide support for Mac when the Cupertino-based giant releases “a good computer”. 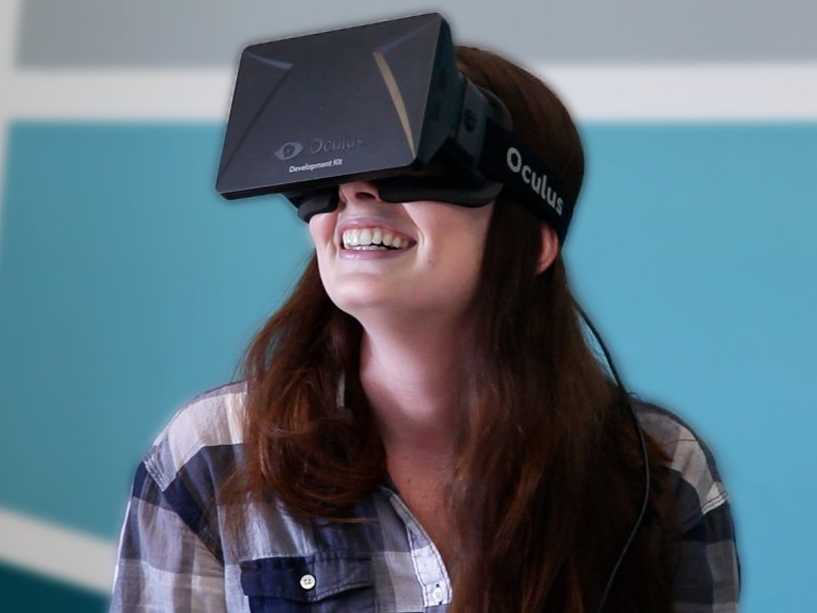 Some of the games available for playing with Virtual Reality headsets are Arizona Sunshine, Star Citizen, Eagle Flight and Superhot VR. We expect the launch of more games for headsets such as Oculus Rift. Moreover, we can also see trends for the application of Virtual Reality in gambling industry like the VR slot machines, but there is still plenty of room for exploration in this industry. Games such as the online Roulette haven’t been developed on a Virtual Reality environment yet, and it would probably be a game-changer if properly done, so developers should take note of this. We think there is a big scope for the application of VR in the gambling industry since it will be very interesting to make use of latest technology in the world of casinos.

To work with advanced headsets such as Oculus Rift, you need access to a computer with at least 8GB RAM, an Intel Core i5 processor paired with a powerful graphics card such as NVIDIA GTX 970 or AMD R9 290. You can navigate to the official Oculus portal and view the recommendations provided by the company. You will find compatible computers and laptops manufactured by various companies.

Inside the Oculus Rift product package, you will find the headset, a sensor to track your movement, a remote control, cables and an Xbox controller. You need to place the sensor on the desk in front f you so that it can track the movements. The retail unit also comes with the VR platform game Lucky’s Tale including a wide range of VR videos and movies. According to reports, the company is also developing special Touch controllers. Until then you need to use the controller provided inside the box.

When you work with advanced headphones like Oculus Rift, you will forget the outside world due sounds, flashes and object collide with each other from all sides. Moreover, you will be playing in a dark room and as a result of this, you will most likely experience sickness or dizziness after few hours of play.