How To Play Pachinko

Pachinko is a type of a mechanical slot game machine popular in Japan. It is a Japanese slot machine that is used both for recreational and gambling purposes. 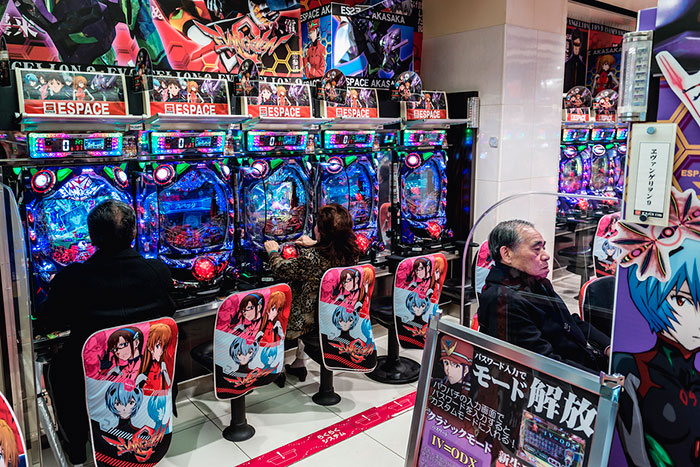 A Pachinko machine is much similar to a Pinball machine with no flippers. The metal balls it includes are much smaller than in the pinball game. These metal balls are known as Pachinko Dama.

Where We Can Play?

How to Choose Games?

As you enter the Pachinko parlor, machines are lined according to their price and probability of hitting a jackpot. If you are a beginner, try out with the least price per ball machine.

At the top of each of the Pachinko machine, various statistics are labeled that includes the probability of winning and losing spins by the particular machine. Consult these statistics before selecting the machine. Also, never choose to play in an empty Pachinko parlor. It certainly won’t have good chances of throwing winning spins.

What Are the Most Popular Pachinko Games and Why?

There is a variety of Pachinko game machines that are themed upon famous anime characters, cartoons, movies, and famous manga.

The most popular ones are:

This Pachinko machine is themed on famous Japanese comic series DD fist of the North Star. The machine sounds and visuals are fully made to incorporate the feel of the characters involved in the comic.

Its jackpot payout rate is 1/319 which makes it a high risk, high reward game. The probability of winning a jackpot depends on how well you can rotate and turn the dial. Different color indications depict how close you are to hitting a jackpot.

Released in the year 2013, this Pachinko machine is based on a popular heroic character, Garo. The visuals and light effects used in the game make it stand out. As you keep playing it, it gets more interesting and keeps you hooked.

This is another popular pachinko machine in this CR Pachinko Terra Formars that is themed on famous anime characters from Terra Formars. Terra Formars is an anime version adapted from a similar comic series. It makes a good adventure game with protagonists popping up in the background on the screen as you score big and when metals balls are released into the game.

Japanese are fond of Persona. When they hear the word, they can easily connect it with the role-playing. CR Persona 4 is a different Pachinko machine that doesn’t use a controller to control everything, but it requires you to toss balls in different areas of the screen to score big.

The machine responds and celebrates differently depending on the amount of bonus you won. Its interface keeps you engaged and excited about what could appear next and keep you hooked to the screen.

CR Scarlet Ammo Aria is the third series of the game, and the machine has only got better so far. This series was first launched in 2014 and 10 of its versions have been launched in all these years.

Tips To Win The Game

Pachinko is said to be a game of luck than of skill. If the game involved a certain set of skills, most of the Pachinko parlors would likely have been busted with losses overnight. The modern Pachinko machine games are much more inclined towards being ‘fixed up’ already. Some of the selected machines in Pachinko parlors are set with more paying out capability while the majority of them pay out as little as possible.

The only tip that works is making sure where your balls are falling in the playing area. Try aiming them to fall towards the middle of the screen where big wins occur.

Why People Enjoy It So Much?

Different machines have different payout ratio which keeps the player motivated to keep playing. You would never lose too much money while playing Pachinko only if you don’t keep playing it for several hours.

The real reason that people enjoy it so much and stay hooked to it is because of the enticing graphics, colors, lights, and sounds that make the players addicted. Also, those alluring sounds that different Pachinko machines make when you win big inspire players to win more. Not to forget, Pachinko game slots are themed up in various famous anime characters, comics, movies which also adds fun to the game.

Even if Pachinko winnings depend more on luck than skill, the Japanese are crazy over for it. Do you know, most Pachinko players in Japan line up outside the Pachinko parlors early in the morning to get a hold on a Pachinko machine? This is the kind of love that Japan has for pachinko machines, and we are sure, it will only get better with the passing time.

Common Physiotherapy Treatment Techniques < Previous
How Important Is A Periodontist? Next >