It’s fair to say that while the Coronavirus pandemic has been horrific across the globe, with a tragic loss of life and an economic impact that is virtually unheard of. It’s impacted our lives in so many ways, but in some cases for the better. 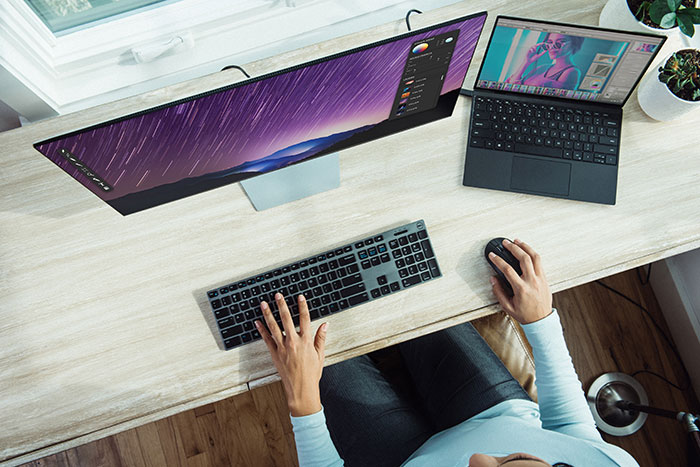 Many habits, hobbies, and necessities have changed since we were advised to stay at home, with only supermarkets and exercise the main source of enjoyment and getting out of the house.

Of course, how we live our lives has changed in many ways and the exact details are unique for each person, but it’s fair to say that the aspects of our lives below have been particularly changed, and mostly for the better…

There have been many changes when it comes to the workplace, and where possible people have been encouraged to work from home.

The enjoyment of that is split by all accounts, with some people reaping the rewards and others desperate to go back.

Of course, we face a new “normal” now, and with the overwhelming majority of workers wishing to have a more flexible working environment at home, it could change the face of work forever.

Jennifer Liston, head of Bright Horizons, who conducted the poll amongst parents told the Guardian, “This could be a pivotal moment in determining how jobs work in the future.

“Companies and organizations need to seize the moment by ensuring that jobs are as flexible and human-sized as possible in the future.”

Almost a quarter believe their working from home would have a positive impact on their working life, and in turn, their employer, while the savings on commuting and time of commuting is allowing people to have more time to spend enjoying hobbies and interests.

However, there is of course the opposite end of the spectrum. For some, working from home has brought the realization they miss the bustling environment of the office and the interaction among colleagues.

Would you prefer to work from home or return to the workplace?
Survey Made here

What has also significantly changed, are attitudes towards gaming. Where once parents would ban their children from playing online, and people would look down on those adults who enjoy playing, there has been a significant shift as people discover just how entertaining, social and good for your mental health it can be.

There have been many discussions about the positives online gaming can have psychologically, but there’s been a rather lazy opinion that because it isn’t “exercise” in the popular sense of the term, it’s considered bad for you.

In fact, online gaming can:

The latter has been one of the key aspects that are changing people’s minds. While adults have no problem visiting a casino or bingo hall, there’s previously been aspersions cast at those who play the likes of poker or online bingo online.

That hasn’t stopped the industries growing at a pace, and that has risen even further as those people who stuck to offline gaming, shifted online and began to see the benefits of sites such as Robin Hood Bingo and the many online casinos available worldwide.

It’s been reported that online bingo sites have seen a 30% increase in players during the lockdown, while mobile games and apps have also seen a significant rise in players, across different generations too.

That ultimately will have a huge impact on opinion towards online gaming and is only going to stand that industry in good stead moving forward.

There are many aspects of our hair that have changed over the last few months as barbers and hairdressers have been closed.

Sales of hair-clippers increased tremendously during lockdown with a whole range of DIY hairstyles on display across the world.

The success rate of the cuts is perhaps up for debate, but for men, in particular, they’ve developed new cuts that will stay with them forever, continuing the home cuts and saving plenty in barbers fees in the process.

For others, it’s been a realization that the skills required to cut your hair is rather significant. It’s a job that requires years of training and can’t necessarily be achieved with a few views of a YouTube video.

With restaurants and many of our favorite takeaways closed for large periods, particularly at the beginning of lockdown, there was no alternative but to swap your Friday night takeout for a homemade fare. And for the most part, we’ve thrived.

Numerous reports have highlighted how people have enjoyed a new lease of life with their cooking. One example being Akanksha, an IT professional whose meals prior to lockdown was largely from takeaways and restaurants. She said, “Having to cook during the lockdown has actually been a blessing in disguise. I have realized that home-cooked food has a special taste that restaurants cannot create.”

Like hairdressing, the rise in YouTube viewers on cooking channels has increased hugely over the last few months, with all manner of cuisines being enjoyed as people have more time and more money to spend time in front of the hob.

Al’s Kitchen has been incredibly popular for Indian cooking, with Al himself essentially becoming a celebrity off the back of his online subscribers.

These channels offering the chance for people to recreate restaurant standard food at home has really transformed how we eat, with many others considering healthy options away from the quick and easy oven food that our busy lives often dictate.

Naturally, money has never been far from the conversation when it comes to the COVID-19 crisis. Whether you’re feeling the benefit of lockdown, or finding money is tighter due to business closures, there’s no doubt we are recognizing the value of money and how we use it.

According to reports, Brits are now more confident in their future finances, although of course there are many conflicting reports that are seeing thousands upon thousands unemployed, particularly in the USA.

With the inability to spend at restaurants, shops and enjoy more casual spending, we’re being savvier in what we spend money on.

It’s essentially adapting to the circumstances and there are many positive stories about people investing in the right areas, spending only on essentials and generally managing money in a completely different way prior to lockdown.

Sciatic Endometriosis and Leg Pain: How to Treat Nerve Pain Naturally < Previous
Tips for Rebuilding Your Finances After Bankruptcy Next >