Domestic violence puts an indelible stamp on divorce proceedings, and getting a top lawyer with experience in handling abuse cases should be the highest priority. Abuse victims depend heavily on legal professionals to shepherd them through the extra problems that the abuse factor brings to divorce cases. 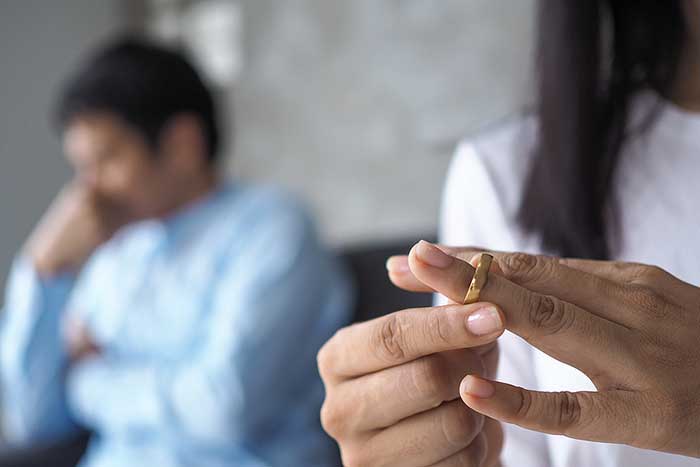 For example, it is essential to prove the abuse because that has a significant effect on child custody, visitation rights, alimony, and child support. Divorce cases become more complex because the attorney must win the war of charges and countercharges as well as getting a fair divorce settlement.

The Issue of Fairness

In a perfect world, justice is always served, but most abused spouses just want to end the abuse and protect their children. That’s the top reason that lawyers strive to prove domestic abuse. If a judge accepts the word of the spouse about the abuse, it’s more plausible to limit visitation or accept the premise that the abuser isn’t fit to supervise children.

Punishment for the crimes of abuse might or might not occur, but a win that protects the children is what’s important.

One of the biggest problems of abusive divorce cases is that there are risks of further violence, abuse, injuries, and even death. That is why it’s so important for victims to get out of an abusive home.

Domestic abuse lawyers can help abuse victims file restraining orders, but that’s not always enough to protect spouses and kids from a vengeful and motivated abuser. In those cases, the family should leave the home where the abuse occurred.

It also helps if law enforcement has records of domestic disturbance calls because those can serve as proof for judges to issue a restraining order. Coupled with other types of evidence, law enforcement records can prove the likelihood of abuse, limiting the abuser’s custody and visitation rights.

Getting a protective order, also known as a restraining order, offers some additional protection to abused spouses and children. Protective orders can be temporary or permanent, and stay-away orders can also be issued by the court, which prohibits any contact between the abuser and their victims.

Abusers are prohibited from being within a certain number of feet, and the order applies to the victim’s home, workplace, and other areas that they are known to frequent.

Courts can also order no contact with children or allow only limited contact under strict supervision. Full custody can be granted to the victimized spouse to keep children safe from abuse, the threat of abuse, and witnessing abuse.

According to ncadv.org, about 20 people are abused by an intimate partner each minute of the day. Over a year, that adds up to 10 million men and women who become domestic abuse victims. Domestic violence statistics are frightening and include the following:

Abuse cases generate deep conflicts, and injuries aren’t confined to the abuser and domestic partner. About 20 percent of injured domestic abuse victims include friends, family members, neighbors, law enforcement officers, first responders and others who intervene to protect victims from their abusers.

Proving abuse is the top goal of a victim’s divorce attorney. Domestic violence can lead to criminal or civil charges of assault and battery or more serious charges like attempted murder.

When these charges are a big part of a divorce case, the rights of an abuser are usually severely curtailed. Proof of abuse also affects the distribution of marital assets in divorce cases.

February 24, 2021, No Comments on Social Media Security Tips And Risks

February 22, 2021, No Comments on Getting Proper Dental Treatment

Regular Care of Your Teeth is a Must

February 22, 2021, No Comments on Regular Care of Your Teeth is a Must

Tips to Secure Mental Health to Bring Positivity Into the Society

February 22, 2021, No Comments on Tips to Secure Mental Health to Bring Positivity Into the Society

3 Technology-Based Strategies to Grow Your Business

February 22, 2021, No Comments on 3 Technology-Based Strategies to Grow Your Business

February 21, 2021, No Comments on 6 Things You Need to Know if You Want to Start a Transportation Business

Digital Transformation Takes a Front Seat in the Classroom

February 19, 2021, No Comments on Digital Transformation Takes a Front Seat in the Classroom