Home » Headlines » Editorials » Facebook Is Trying To Back Away From Politics

When Facebook launched to the public in 2007, nobody could have predicted how big it would become in the years that followed, and how integral it would become to the lives of so many millions of people worldwide. It was initially supposed to be nothing more than a communications tool that allowed people from college and university to stay in touch with each other. Over time, it went far beyond that and became a place where people met, fell in love, argued with each other, and shared every aspect of their daily lives to mass audiences in a way that human beings had never done before. It wouldn’t be an exaggeration to say that Facebook has changed the world. 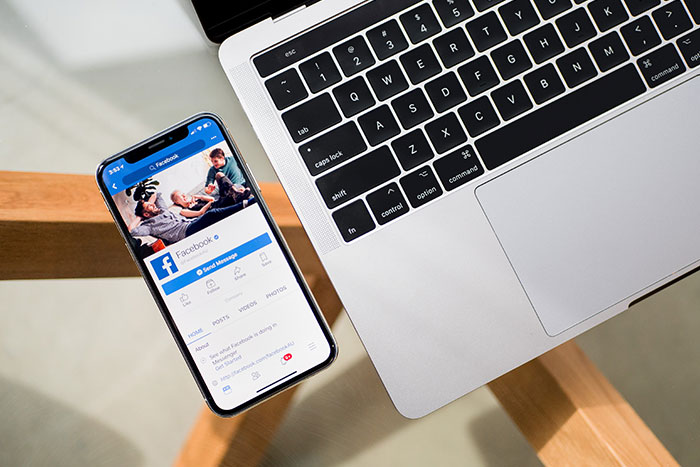 As with anything that blows up fast, Facebook has endured several growing pains over the years – never more so than it has in recent times. All of us are familiar with the criticisms that have been leveled at Facebook. People say that Facebook knows too much about you and can’t be trusted to safeguard the information that it holds. The platform – and the people in charge of it – have been accused of valuing the money that it makes from advertising more than it values its users and allowing third party companies too much access to the sensitive data that users innocently enter into its databases. More seriously than that, though, it’s been accused of meddling in politics. The Cambridge Analytica scandal generated more negative press for Facebook than any other single incident in the platform’s history, and the company has now decided to back away from the political arena.

As Mark Zuckerberg has repeatedly stated in the past, Facebook isn’t a publisher; it’s a platform. Zuckerberg doesn’t see the role of his company as one that involves verifying the truthfulness of the content that users post upon it, or identifying what is or isn’t ‘fake news.’ That’s an awkward position to hold onto in the modern age, though. Misinformation can spread across Facebook like wildfire, and when it does, the platform has been repeatedly accused of not doing enough to halt it. When that information is maliciously wrong – unsubstantiated reports about the policies or perspectives of politicians, for example – many of the company’s critics apply pressure on the company to weed out those stories and take action against the people posting them.

At its heart, Facebook sees itself as an entertainment platform more than a news platform. That’s why it’s trying to make headway with “Facebook Watch” as an alternative to YouTube. It’s why it has its own online slots casino and its own picture and video sharing service in the shape of Instagram. Facebook would like people to focus more on the light-hearted side of communication with tools like WhatsApp than the heated debate that goes on within the many political groups and pages that exist on its platform. There’s no denying that a lot of fun can be had with the GIFs, online slots with no deposit offer, the pictures, and the videos, but they haven’t – until right now – completely distracted people from the darker side of the service. In fact, the online slots casino Facebook offers might make for the perfect allegory for using Facebook as a whole. Until you hit the ‘refresh’ button on your news feed, you’re no wiser as to what you might see next than a player watching the reels of an online slots game.

Facebook’s latest initiative to shield itself from criticism about its political stances is to allow users to ‘opt-out’ of seeing any political advertising at all. With an election looming in the United States of America, it’s likely that Zuckerberg and co have realized that they’ll be wide open for criticism when both sides of the election debate begin paying for advertising on the platform, and so they’re allowing users to limit the political content that they see. This is great news for people who have already seen all the political posturing that they can stomach over the course of the past few years, but it isn’t likely to be one hundred percent effective, and nor is it likely to shield Facebook from further criticism.

As a starting point, it’s unclear how easy Facebook will make the ‘switching off’ process. The company still wants to get paid by political advertisers, and that can only happen if millions of people are still able to see the adverts they produce. It’s not in Facebook’s financial interests to make the adverts invisible to most people, and so it’s doubtful that the option to switch everything off will come as easily as clicking a single button. The move also falls some way short of what many people want Facebook to do, which is to block adverts that contain blatant lies or false representations of information. Facebook might be allowing users to opt-out of seeing political adverts, but those who do still see the adverts are no less likely to be shown lies than they were before the new feature was announced. To put it another way, those who are prone to be misled by false advertising are still just as likely to be misled by it as they were before the move was announced.

The new initiative still leaves Facebook some way behind Twitter when it comes to cleaning up its act around politics. Twitter founder Jack Dorsey recently announced that Twitter would no longer accept or run political adverts of any kind, as he’s come to the conclusion that such content is divisive, and makes his platform a less pleasant place to spend time. There’s no doubt that Twitter will suffer financially from that decision, as Twitter is one of the most lively political debate forums in the world, but Dorsey won some good press for his company my making what’s been seen by the media and the public as a positive move. Facebook, in allowing people the option to turn the adverts off, might be accused of trying to play both sides of the field.

The bigger a company is, the more likely it is to receive criticism. Facebook is a gargantuan enterprise. It will always be criticized for as long as it exists, and sometimes it can’t do right for doing wrong. This new move feels like a small step in the right direction when it comes to its oft-criticized political perspective, but it’s unlikely that it will be enough to silence its most persistent critics.

5 Wedding Video Ideas To Cherish Forever < Previous
Chinese Shipment of Suspected Prisoners’ Hair Worth $800,000 Seized By US Customs Next >