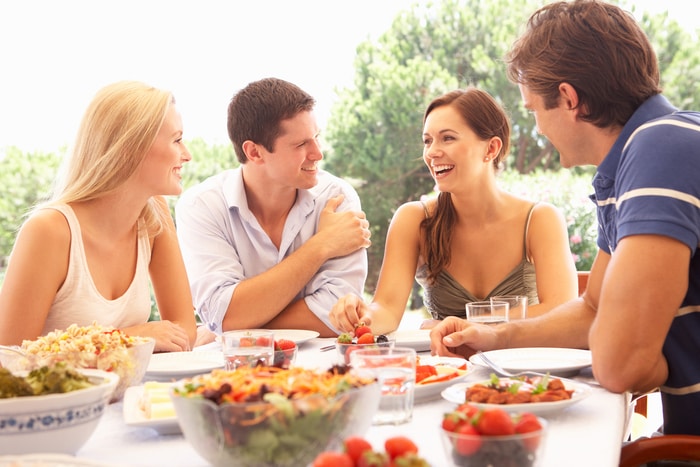 However, it can’t be that everything we read and hear in terms of diet is wrong.  But so many things are contradictory.  So, we don’t really know what to do and that leads to that second piece of cake!

One area that everyone agrees on is that many people need to make a lifestyle change.  One area that never got a lot of attention in terms of its effect on health was pressure.  We have emotional and psychological pressures all the time.  When pressure builds up, many people explode figuratively or really.  One example of exploding is the new phenomenon called road rage.

Hobbies are making a big comeback.  Some people color in adult coloring books.  Some play online games at a jackpot casino.  Some walk, bicycle, swim, or read.  All of these activities help us relax and release the tensions that have built up over the course of the day.

In this article, we will try to explain a new health and diet fad or phenomenon called intermittent fasting or IF.  IF has gained great enthusiasm among people looking to improve their health.  As with every new idea, there are conflicting notions at to what it means and what it can do for you.

The advocates of IF say that it can help people lose weight, it can help build muscle, and it can help your brain get healthier and stronger.

As the term suggests IF involves some type of fasting.  It is the term intermittent that needs to be defined.  As we might expect, there are several different ways to do IF.  We are not saying if all are good for you or if any are good for you.  We are simply reporting on the phenomenon.

In this article, we are using the term diet to refer to a lifelong eating regimen.  Of course, a diet can also be an eating plan to lose weight and IF is said to work well towards that goal.  But the strongest advocates of IF say that it has lifelong benefits even after you have lost weight if that was your original goal.

The first type of IF has to do with fasting most of the day and eating in an “eating window”.  Some people talk about eating in an eight-hour window and fasting for 16 hours every day.  Some change the window to six hours and the fasting time to 18 hours.  Fasting means consuming zero calories.  Anything that has calories is out but water, soda, coffee, and tea are considered okay.

Now, in other diet regimens, we are told to avoid all caffeinated drinks which include coffee, black or Ceylon tea, and many diet colas.  This is one of the areas where intermittent fasting contradicts other diet plans.

It is possible to make breakfast at the beginning of your eating window.   However, it doesn’t have to be.  So, many people simply skip breakfast.  This goes directly counter to the dogma that breakfast is the most important meal of the day.

Another area where IF breaks with conventional wisdom is in the desirability of eating many small meals.  IF advocates talk about eating a little during the window but since the eating window will be small in itself, you won’t be hungry enough to eat many small meals.

The example of the Muslim Ramadan fast is interesting here.  Devout Muslims fast every day during the month of Ramadan from sunup to sundown.   Some eat a large meal at the end of the daily fast but many talks about eating a small meal and then continuing to eat a little until they go to sleep.  The people who eat less at the end of the fast say that others always feel bad after they eat because they eat too much.

IF practitioners talk about eating very little to begin the window.

Intermittent fasting helps people to lose weight.  This seems obvious but there is more to it.  IF encourages what is called autophagy.  This means that the body learns to use the least desirable cells for energy.  These cells are usually fat cells.  So IF triggers autophagy which triggers weight loss.

We all know that a simple low-calorie diet will do the same.  That is, it will cause the body to consume fat cells for fuel.  The people who talk about autophagy say that this process is more efficient as a weight-loss method.

Fasting Every other Day

Many advocates say that it is a mistake to fast every day.  Fasting every day causes the body’s metabolism to reset at a lower rate, thus requiring less fuel, stopping weight loss.  They claim that IF works best every other day or even every third day.

Some claim that a 24-hour fast is best and we should all do it once or at most twice a week.  A longer fast every week does the same as the daily or shorter fasts but also releases Human Growth Hormone or HGH which helps us put on muscle.

IF also releases a hormone, called BDNF, that is necessary to grow new brain cells.  So, even if you don’t need to lose weight or if you already have all the muscle mass you want, IF is said to be good for you because it rejuvenates your brain.

After you and your body have gotten used to fasting on a regular basis, you might undertake a three-day fast.  Naturally, the most vocal advocates of IF say that a long fast is the best way to get all of the benefits of intermittent fasting.

One area that the supporters of IF are correct in is hunger.  Fasting makes most people less hungry rather than more hungry.  In a three-day fast, most people report that they felt a lot more hungry on the first day than on the third.

IF is said to work wonders with type 2 diabetes.  The idea is that insulin, the hormone that takes blood sugar to the cells, also causes excess blood sugar to be stored as fat.  Fasting reduces the body’s need for insulin which makes it possible for the body to use its own fat cells for energy.

Is IF the Wave of the Future?

It should be obvious that fasting does not give us a license to eat and drink foods that are harmful to our health.  Fasting is also not a substitute for exercise.  So, even when we are eating, we need to watch what we eat and we still have to move more – exercise is still a necessity – to achieve better health.