Home » Headlines » Editorials » Become Healthier, Reduce the Amount of Time You are on Social Media

Everyone is on social media, that is the new norm.  The younger generation has no idea what being without social media looks or feels like.   Everyone is always checking their mobile device, their Facebook, Twitter, or Instagram accounts.   It is not unusual to see a group of people together but each of them is involved in checking their phone for messages or perhaps their Fair Go slots. 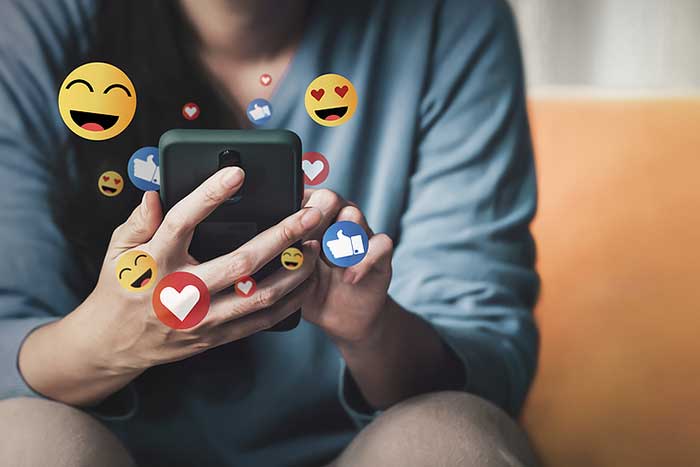 We are often joking when we say to someone that they are addicted to social media but the truth is that it really can become an addiction that can really impact a person’s life and can be quite debilitating. A researcher 2012 at the University of Bergen, Norway, Cecilie Schou Andreassen, wrote the “Bergen Facebook Addiction Scale”.  This scale rates 6 behaviors (listed below) from 1 (very rarely) to 5 (very often). Getting a high score means you are more addicted to social media.

According to Andressen “Facebook addiction occurs more regularly among younger than older users. We have also found that people who are anxious and socially insecure use Facebook more than those with lower scores on those traits, probably because those who are anxious find it easier to communicate via social media than face-to-face.”

Addiction can occur when using any social network, not just Facebook. Sometimes we may unconsciously click on social apps.  not keep track of time whilst using social media or get over-involved or reliant on how many ‘likes’, or followers you may have.   This can be detrimental to your health. Experts tend to agree that addiction to social media is often an indication of other problems in the person’s life that need dealing with.

William Scheckel, a marketing adviser and adjunct professor at the New York Institute of Technology says “Increasingly, interpersonal communication seems hard.  Perhaps it’s because we have the feeling that when we post something on social media, we are part of a group, even though personally, we’re alone.  It’s that loneliness that people seek to avoid and that drives people to hang on for the next update, like, or comment.”

According to Sahana Ullagaddi, marketing manager for Klout, a content marketing platform “What may seem like an addiction to social media or technology may actually be an addiction to a state of distraction.  Being in a state of distraction can be destructive.  It removes you from being fully present.  It tends to put you in a state where you’re unable to immerse yourself in feeling a full range of human emotions and build empathy in real life.”

Keep a diary of your social media use

Carole Lieberman, a psychiatrist at UCLA’s Neuropsychiatric Institute says “The best way to quit is to first keep a diary of how much time you spend on social media.  After this appalls you, set limits for yourself and keep techno gadgets away so that you are not tempted.  For example, lease your smartphone in your car when you meet a friend for lunch, and leave it turned off in another room when it’s time for bed.”

Combine all your social media feeds

According to Sean Canton, lead of technical research for Rokk3r Labs “We should be more careful with what information we let enter our mind, by filtering.  I use RSS wherever possible to decontextualize information and reduce it to a stream that I can manipulate. Hide and show at will. Where this is not possible (Facebook) I try to use a dedicated application like HootSuite or TweetDeck to put all the social stuff in a single place that isn’t by a Web browser.  Keeping it in a separate application means I have to make a dedicated effort to go check, instead of having it ever present.”

Get rid of social media apps from your mobile phone

Zach Stampone of Stampone Group feels that “Facebook should be removed from your phone and only accessed from your laptop. This creates a boundary and allows you to stay focused on your daily routine.  Instagram and Twitter can stay if you’re an avid social media person because those link to Facebook anyway.”

It could be that introducing a schedule for using social media is what is needed.  David Lowbridge, an online marketing consultant for TwoFeetMarketing, says it is but he says “Take it in baby steps.  At first, turn off all mobile and computing devices for 6 hours.  Then, promise yourself just 30 minutes of social media time.  No matter what you are doing.  Afterward, go to the movies or do something else you enjoy.  Every three days, extend the period without social media by 1 hour, but not the time you are allowed on it. Eventually, you’ll find that you can live with only 30 minutes on social media a day and have a more productive and social life offline.”

Clinical psychologist, professor, and author, Ramani Durvasula, stresses that it is necessary to “Find more meaningful ways to spend time to distract from social media use and find other methods of validation that are more mentally healthy.  If you are a person that has to use social media on the job, then find ways to create digital-free zones during the rest of your day.  Lots of people have to make Excel spreadsheets at work.  It doesn’t mean they can’t stop themselves from doing it the rest of the day.”

Author and psychotherapist, Jonathan Alpert, who wrote “Be Fearless: Change your life in 28 Days” says that you need to “Stay focused on your goal (reducing social media use) by listing the top three problems related to use, followed by three potential benefits of cutting back. Keep the list in a highly visible place, such as on your desk.  This will serve as a reminder of what you are working towards.”

Sean Canton concludes that “If I could boil all this down into one word, it would be “intention’.  We generally use social media as a way to get a quick information fix or social connection when we’re bored and/or lonely.  There is no intention here other than a distraction.  Using social media with the intention, to connect meaningfully with the people in your life and business is fine, so long as it remains meaningful.”